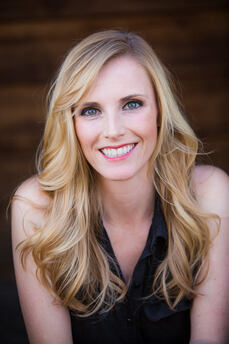 ​Kelly is a San Diego native with almost 20 years of experience performing regionally and internationally. Recently you may have seen her onstage as "Irene" in Crazy for You or "Inga" in Young Frankenstein at San Diego Musical Theatre.  Some of her favorite credits include: The Diamond Horseshoe (Tokyo Disneyland), Almost Maine (Vista's Broadway Theatre), The Secret Garden, 1940's Radio Hour, Oklahoma, Return to the Forbidden Planet (New Village Arts), Triumph of Love (Carlsbad Playreaders), Sister Act (Moonlight Stage), Fiddler on the Roof (Welk Resort Theatre), Boeing Boeing (Oceanside Theatre Co.), 25th Annual Putnam County Spelling Bee (Intrepid Theatre), and Into the Woods (CLU). Kelly received her BA in Theatre Arts from California Lutheran University, and loves to share her passion for the Arts with the next generation. She has 10 years of experience working with children and youth as a teacher and director for several After-school Drama and Musical Theatre programs, and is currently a Teaching Artist with the La Jolla Playhouse. Kelly is also a certified yoga instructor and infuses mindfulness and positivity into all of her work. She is proud to be a part of both Playground Players Productions and Edudance Classrooms in Motion as an instructor! 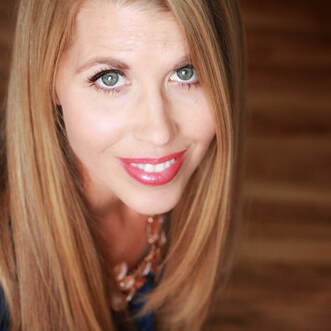 Rachel has been in the performing arts world since she was four.  Her first time on stage was as a Cratchet child in “A Christmas Carol” and she never stopped.  From performing in plays, improv groups, musicals, operas, choirs, and solo performances she brings over 25 years (we won’t say exactly how many) of experience. During her career she has also gained the behind the scenes management skills it takes to produce a successful show.  Prop master, stage hand, stage manager, sound/lighting and now assistant director.  Through countless opportunities she has learned from the best and loves teaching budding artists. She has been with Playground Players since 2016 and Edudance Classrooms in Motion since 2019. 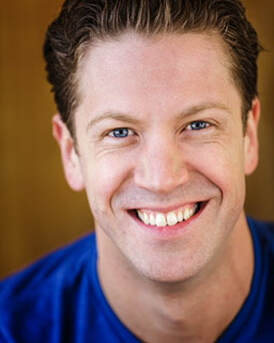 Jordan Miller is a San Diego based actor, teacher, fight choreographer and stage director. His performance credits include multiple contracts in national and local regional theaters in San Diego such as Lambs Players Theatre, Cygnet Theater, Lyric Opera San Diego and The Old Globe.  He has directed several operas for Point Loma Opera Theater, and served as assistant director for multiple productions, as well as being the resident fight director, at Lambs Players Theater.  He has twice been the recipient of the San Diego Critics’ Circle Craig Noel award for his acting performances, and is a member of Actor’s Equity Association.  He is the co-founder of Theater For Young Professionals, www.typsandiego.org, a private vocal and acting studio with an emphasis on training children through young adults. Jordan has been involved with Playground Players Productions as a stage combat instructor and acting coach at our summer camps since 2018.